The Difference Between RBI, CBI, Golden Visas, and Golden Passports 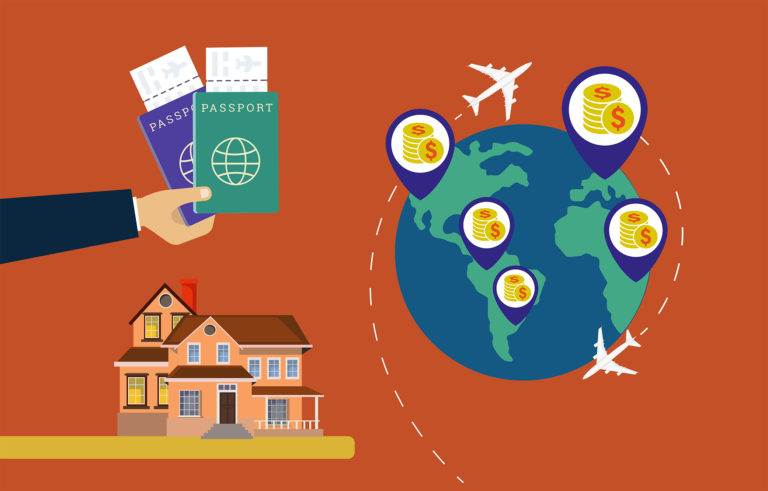 The term ‘golden visa’ is often used to refer to residence by investment (RBI) programmes. In contrast, the term ‘golden passport’ is commonly used to refer to citizenship by investment (CBI) programmes. The latter term, in particular, is a misnomer, as the citizenship by investment process ends with receipt of citizenship – generally evidenced by a naturalisation or registration certificate. A passport is received in a separate process and, in most cases, through independent government offices. Notwithstanding these sometimes-confusing terms, it is undeniable that both RBI and CBI programmes are growing in popularity, and it is worth exploring them further.

Both CBI and RBI programmes have increased dramatically over the last ten years. The first and perhaps most prominent CBI programme is in the Caribbean nation of St Kitts and Nevis. This was unveiled in 1984. RBI programmes also came into the media spotlight when they began to be implemented in Western countries like Australia, the United Kingdom, and the United States.

Residency by investment (RBI) programmes offer successful applicants the right to live and sometimes work in a country after investing in that country.

While the standard route to the residency of a country is to be physically present in that country for an extended period of time, for example, by living and working there, RBI programmes allow you to gain residence rights through the making of an investment. In contrast to CBI programmes, there is a high concentration of RBI programmes in the European Union, commonly referred to as golden visa schemes in the media. You can find the list of some of the most popular RBI programmes here.

The Difference Between CBI and RBI

The key difference between CBI and RBI is that CBI programmes offer investors citizenship,  in most cases,  without needing to go through a period of residence and only within a few months of applying if the requirements have been met. Meanwhile, RBI programmes only  offer residence to investors,  namely the right to live (and sometimes work) in a country. RBI programmes often implement mandatory physical presence requirements for specific periods of time for investors to maintain residence rights.

Another major difference between the two is the addition of dependants to an application. Many CBI programmes, especially in the Caribbean, allow the main applicant to add their immediate family members like a spouse and children and extended family members such as parents, grandparents, and siblings. RBI or golden visa programmes can be more limiting, generally restricting dependants to immediate family members such as spouses and minor children. One exception is Portugal, which also allows dependent adult children, parents, siblings, and the spouse’s family.

The eligibility requirements for RBI are different from country to country, but in general, you will have to prove the following:

The eligibility requirements for CBI also differ in different jurisdictions, but in general, you will have to prove the following:

CS Global Partners facilitates the acquisition of residency and citizenship through investment. We make what looks like a difficult option hassle-free. With clients worldwide, we seek to understand your reasons and find the best solution for your needs.

In an increasingly global yet uncertain world, second residency and citizenship have seen a surge in demand. Today’s ‘golden visas’ and second citizenships have become an essential requirement for many high-net-worth families. Let us help you achieve your goals.