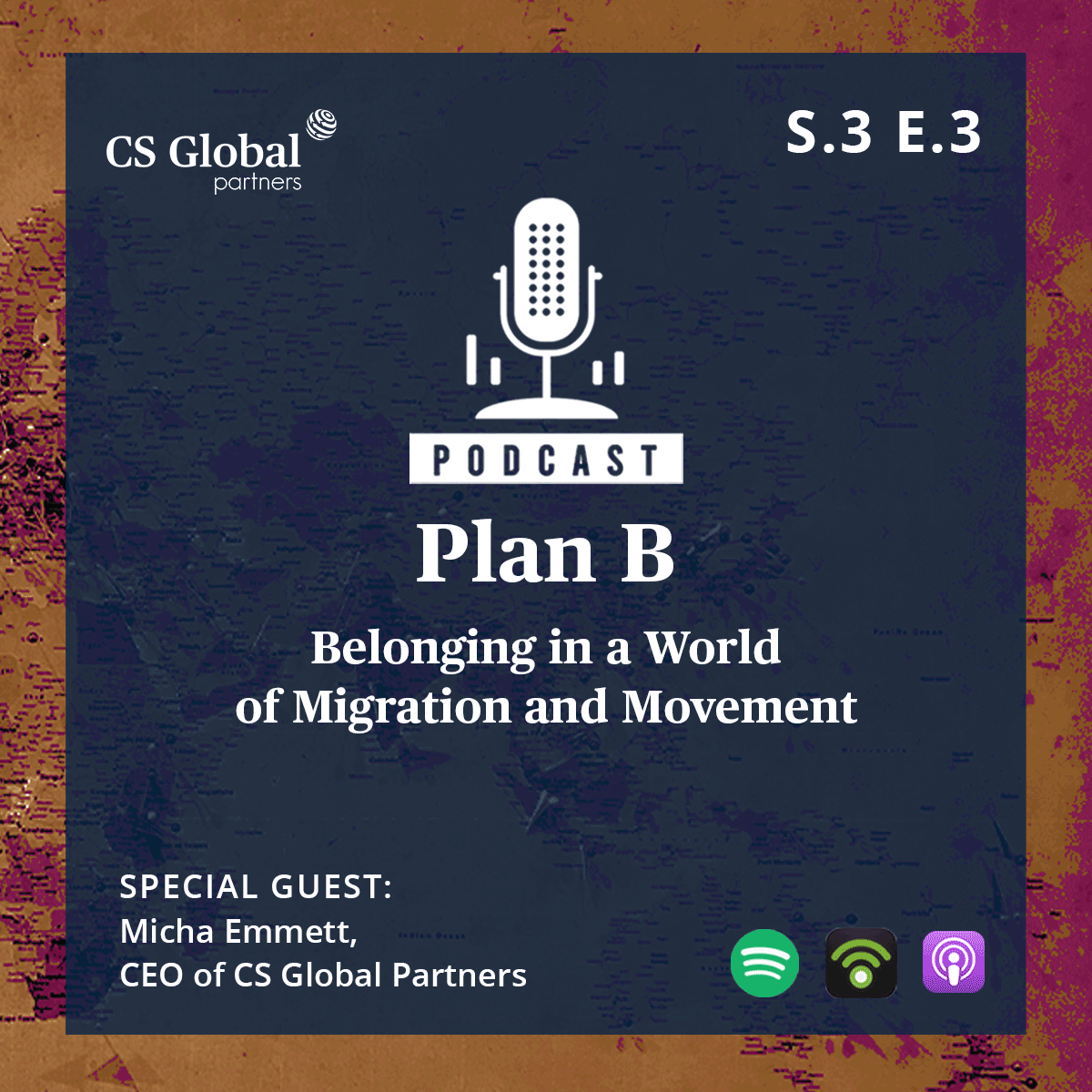 S.3 EP.3 – Belonging in a World of Migration and Movement

S.3 EP.3 – Belonging in a World of Migration and Movement

On today’s show, we talk to Micha Emmett, the CEO of CS Global Partners and the Editor in Chief of Truly Belong Magazine. Micha is a dual-qualified lawyer with unrivalled acumen and experience in the investment immigration industry. We have invited Micha on this show to specifically discuss the magazine as it releases its 8th issue titled “Migration and Movement”. She started Truly Belong in 2014 for international business people, and it soon evolved into a unique platform for those who identify as citizens of the world. Truly Belong has a readership close to 50,000 and is available online at trulybelong.com and as a print magazine.

Aisha Mohamed: We’ve often heard you saying that Belong is a project close to your heart”. Why is that? What makes this magazine so important to you?

Micha Emmett: I always wanted to create a magazine, and even though Belong started more as a commercial endeavour with the FT to market the Caribbean, it morphed into a platform that allowed us to reach out to like-minded citizens of the world. I chose the title because I love the idea of belonging. The 21st century challenged our idea of identity.

With different cultures integrating and people shifting from country to country, it’s become a personal conflict often when trying to identify where one belongs. The concept of belonging is quite close to my heart, and as you can imagine, I’m often conflicted about where I belong. This platform is an opportunity to bring individuals from around the world to feel more connected in a community that shares a love for humanity, enjoys travel and works on being responsible citizens of the world.

I’m going to share one of Brené Brown quotes where she says “True belonging doesn’t require us to change who we are. It requires us to be who we are.” Belonging is an innate human desire to be part of something larger than us, and I think that what we try and put across in this magazine is a way to encapsulate the above

Also Read: Major Citizens of the World and Their Teachings

AM: Can you tell us more about this particular issue? We understand that the theme is migration. Some industry publications have moved away from the concept of mobility during this pandemic time, what is the significance of having this theme now?

ME: As you mentioned, this issue obviously does centre around the theme of movement and migration. It delves into various aspects of migration and mobility. Also, it looks at the past so we can understand some of the more human stories [of] migration. In answer to your question regarding whether this is significant, let me confirm that the pandemic has not curtailed migration. It may have slowed down. In fact, migration occurs regardless of what regional or global crises may exist.

If you read the magazine, you’ll see most mass migrations have been caused by unrest and catastrophes. I believe the topic is extremely relevant right now. Reading stories about others plights helps us realise that despite the burden of COVID, we actually continue to be more fortunate at this time. I believe that in this pandemic, we will see an increase in migration, and the next year or two, as people grapple with where it is safest to live.

Speaking more conceptually, I’d say the idea of movement is about the people and the movement of ideologies. In 2020, COVID or no COVID, we’ve seen many social movements, be it protesting for social and racial equality, or raising a voice in view of climate change or the shift in political powers. So it’s been a significant here as the pandemic has exposed the wounds of the world and given many a voice and a renewed sense of hope. I strongly believe our magazine’s content is more relevant now than ever.

People are trying to find ways in this pandemic to still move and connect, to find where they belong.

AM: This is the 8th edition of the magazine. Though past editions of the publication have had their personalised themes, there is one component present in all: one of a ‘citizen of the world’, something you talk about often. Why is this so important?

ME: Often the idea of being a global citizen is akin with being wealthy, flying in a private jet, and dawning expensive labels. I’d really like to challenge that idea because I believe we are all citizens of the world. So as the world shrunk due to ease of travel and technological advances, we’ve moved closer together as human beings across the globe. Therefore, we are responsible for each other and for the planet. Being a citizen of the world is so much greater. It means being part of the greater whole.

In the same way, being a citizen of a nation gives you rights, it also means that you have responsibilities. I would say the same applies but in a global context. Traditionally, we look at areas that require us to be more responsible, be it towards other human beings or taking better care of our planet.

Also Read: What Does it Mean to Be a Citizen of the World?

AM: There are many important stories in this magazine. My personal favourite is the one titled “where is home” where the writer reflects on her inability to belong to just “one” place. I’m sure many people can relate to this. What is your favourite story in the magazine that listeners can look forward to reading?

ME: I have a few favourites. “Where is home?” is also one of my favourite articles. It encapsulates the idea of belonging as I discussed earlier. I feel that the discussion with it will escalate over the months and years as we grapple with these multiple identities that we’re cultivating. I’m also happy to see your article speaking about the human effect on animal migration. As global citizens, we have a responsibility to the planet, and perhaps your article will further highlight the need to be more mindful to ecosystems generally. The content in there really offers quite a few facets to the debates of migration as well. As you know, looking at the current situation and life after COVID as one of the front cover stories indicates overall. I think it’s quite a hearty read, and I hope that everyone will pick up a copy.

AM: Where and when can listeners find the new issue?

ME: The eighth Truly Belong issue will launch on February the 10th, so that’s next Wednesday. You will also be able to find a digital version on trulybelong.com. We will be featuring various stories in the magazine on our social networks. That’s @trulybelong on Facebook, Instagram and Twitter. Follow us there.

A bit of history: How a passport became the most important identification document globally

In Britain, the earliest surviving reference to a “safe conduct” document appears during Henry V’s reign, in the act of Parliament dated 1414. At that time, documents like these could be issued by the king to anyone, whether they were English or not. Foreign nationals even got theirs free of charge, while English subjects had to pay. The monarch did not – and still does not – need a safe-conduct document.

In the early 20th century, passports began to be used as we would recognise them today. The first modern British passport, the product of the British Nationality and Status Aliens Act 1914, consisted of a single page, folded into eight and held together with a cardboard cover. It was valid for two years and, as well as a photograph and signature, featured a personal description, including details such as “shape of face”, “complexion” and “features”.

Also Read: Interesting Laws About Having a Second Passport